The Squaxin Net Fishery had its ups and downs in 2008.  Preseason forecast projected average Chinook returns, below average coho returns and a above average chum run.   Chinook returns to deep South Sound ended up being higher that projected with 10,777 adult Fall Chinook returning to Tumwater Falls Hatchery and Squaxin catch  of 10,400 Deschutes origin fish.  ’08 Forecast for Deschutes Fall Chinook was 13,400.  Squaxin Coho fishery resulted in a respectable 35,800 catch (excluding Carr Inlet), projected  Squaxin Net Pen forecast was 29K.   Chum catches, although seeing lower returns and closing the fishery to reach escapement for Totten, resulted in a 56K chum catch for 2008.  Escapement goals appear to be met in Eld, Totten, and Skookum Inlet watersheds.

With the ’08 season behind us brings the 2009 Preseason Fisheries planning.  Forecast begin to be shared by the end of January, with the North of Falcon process , salmon fishery negotiations between Washington Department of Fish and Wildlife and Tribes,  in the following months.   At the end of April all of the 2009 Washington State Treaty and Non-Treaty fisheries will be  set. 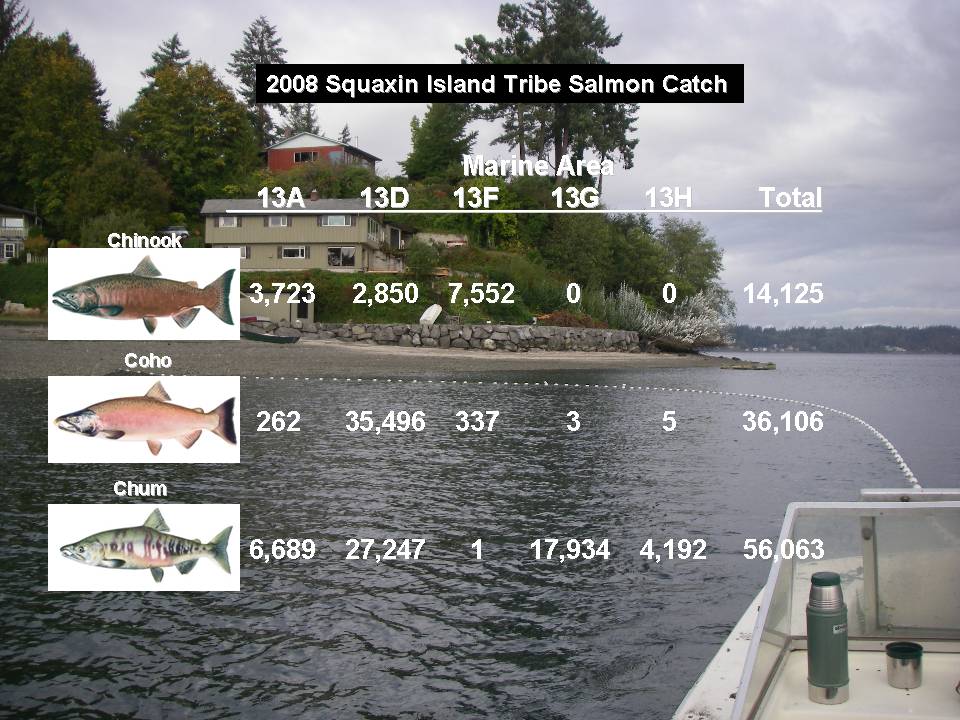