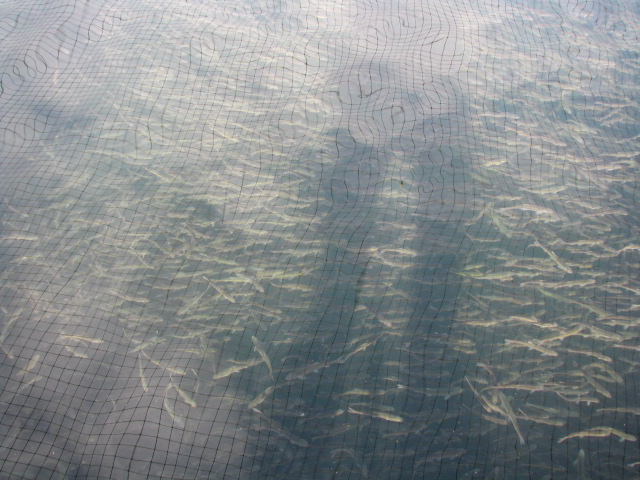 Thousands of Juvenile Coho in the Squaxin Net Pens

Above is just a snap shot of the 1.5 million coho that will be released in June 2009.  On average only 3 % of these released coho will return as adults in Fall of 2010.  That is approximately 45,000 adult coho available for harvest by Sport and Commercial fisheries in South Puget Sound.

Pictures of Coho Transfer to Net Pens on Flickr

Short Video of Coho Transfer on You Tube 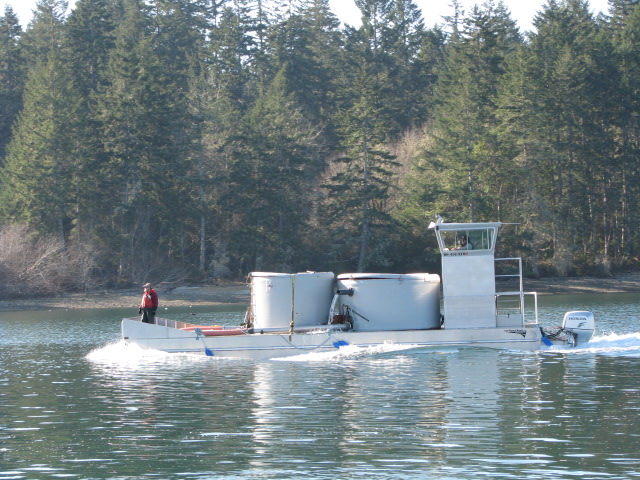 The Kisutch transferring coho to the Net Pens.

This week the Squaxin Island Tribe Natural Resources (SINR) and Washington State Fish and Wildlife (WDFW) started hauling the first batch of juvenile coho to the South Sound Net Pens (SSNP) located in Peale Passage.   SSNP is a co-managed facility by the SINR and WDFW that has released an average of 1.5 million coho smolt yearly to benefit  Sport and commercial fisheries through out the Puget Sound. 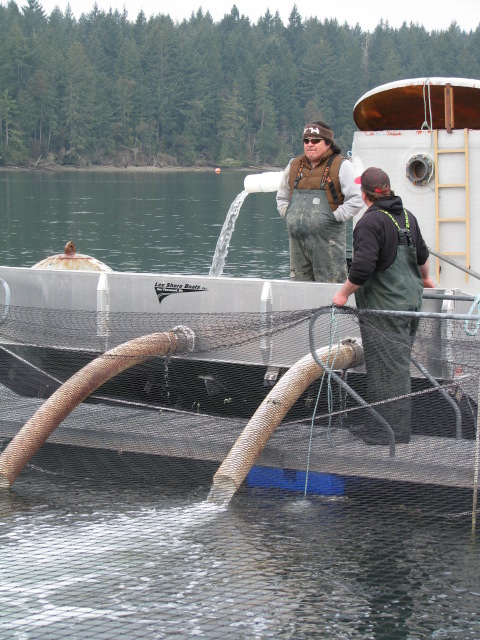 Offloading coho into a Net Pen

SINR staff will be monitoring and feeding these juvenile for the next four months;releasing them in June.   These coho are at around 31 fish per pound when they arrive and will be released at about 15 fish to the pound.   After release these coho will make the journey to the ocean feed for a year and return to the deep South Puget Sound as adult coho in the Fall of 2010. 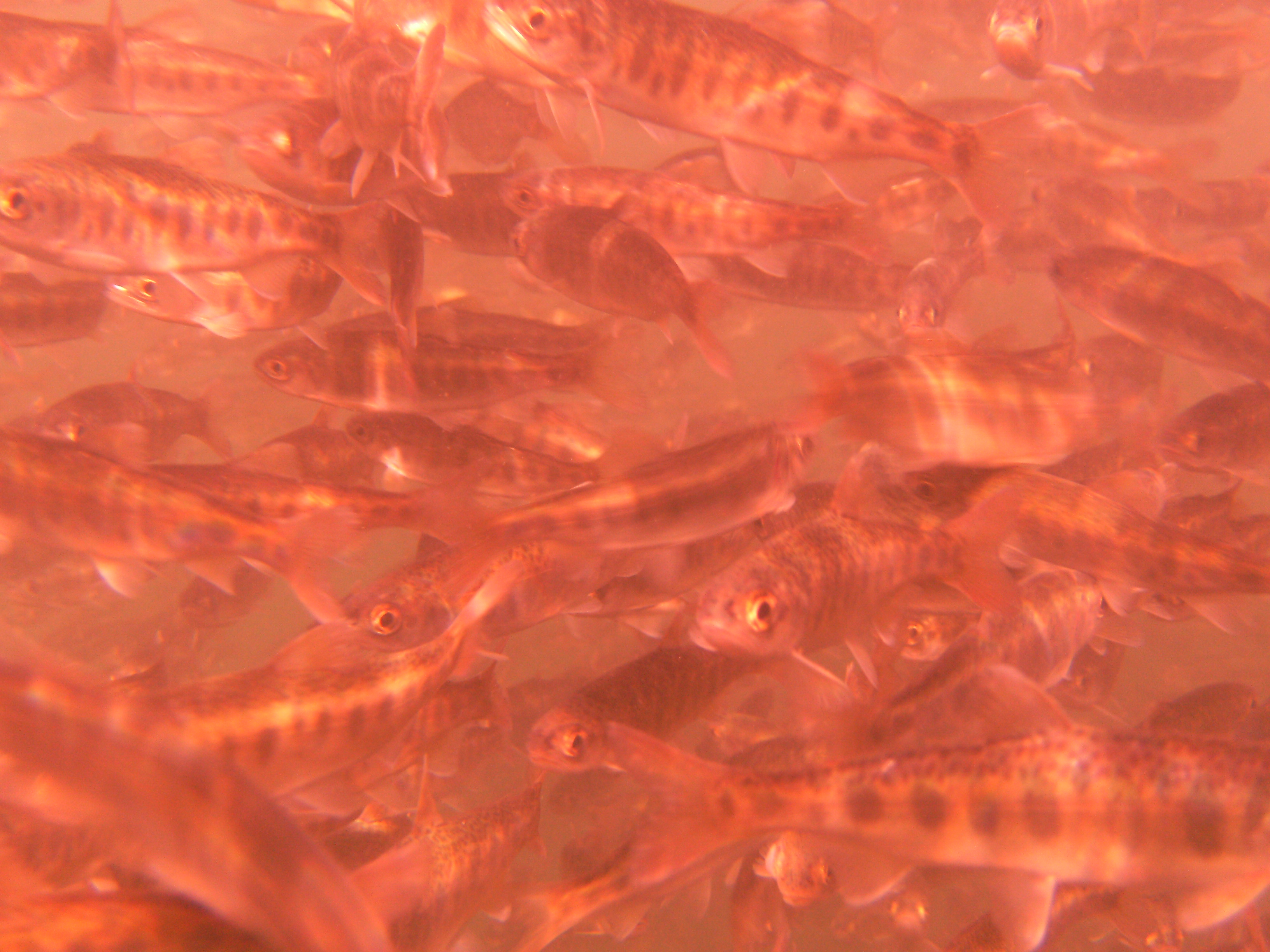 Coho in the Net Pens. Photo courtesy of Rana Brown-Shellfish

The fish arriving this week are reared at Skookumchuck Hatchery. Early next week we will be transferring fish from Wallace.     Stay tuned for more photos!