On Friday August 15, Squaxin Natural Resources took our summer youth on a fishing trip. This was the second year that we have taken our summer youth out fishing to thank them for their hard work over the summer. It was a beautiful day, even JD made the trip out for a couple of hours! 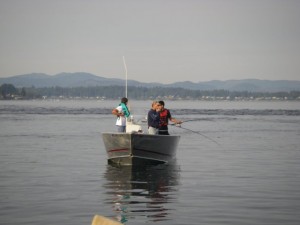 Darren Brownfield managed to catch a number of Spiney Dogfish. Sarah caught a sea star! Joefish had a nice Chinook on but it released the hook before we could get a net under it. 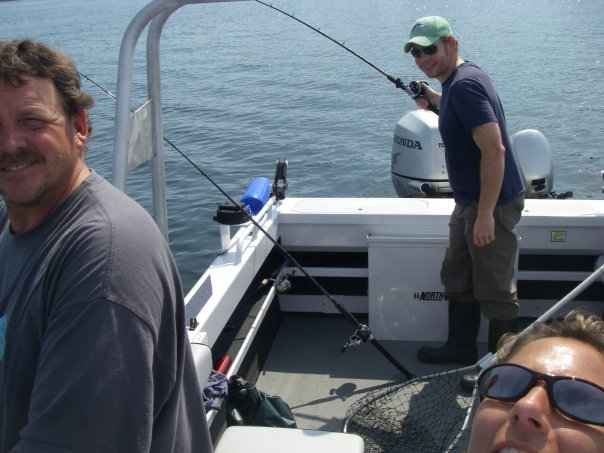 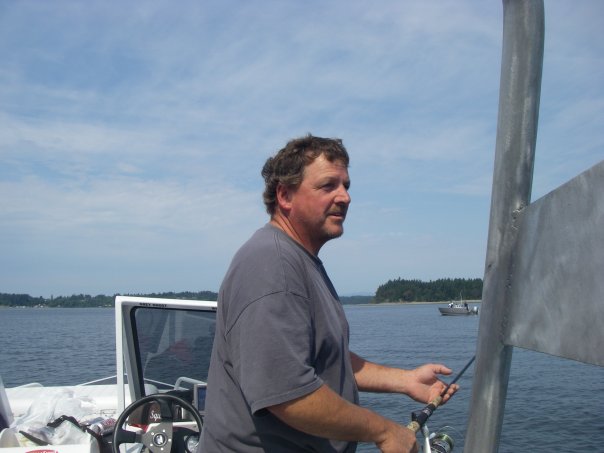 Captain Billiard of the Grey Ghost 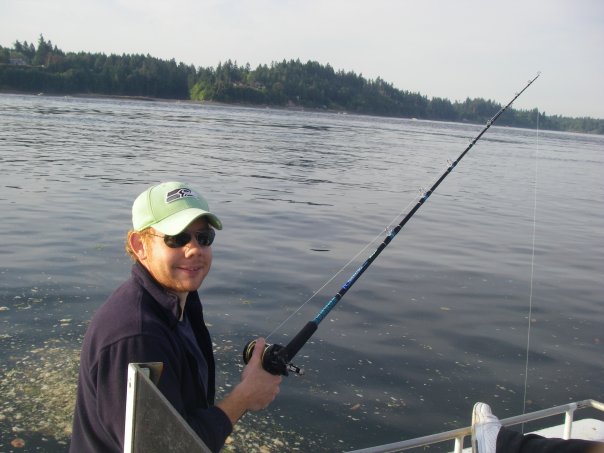 What's with this fish with sticks? Where's the gill net? 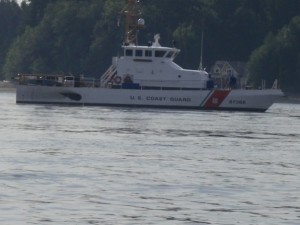 Attention this is the US Coast Guard 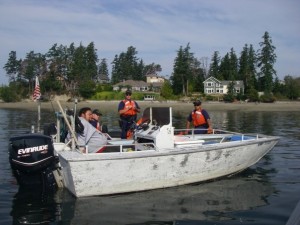 Sir when we drove by all we saw was your feet....so we thought we should check on you. By the way do you have a personal floatation device? 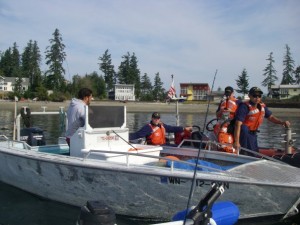 Consider yourself boarded by the US Coast Guard....Where is your Fire extinguisher? 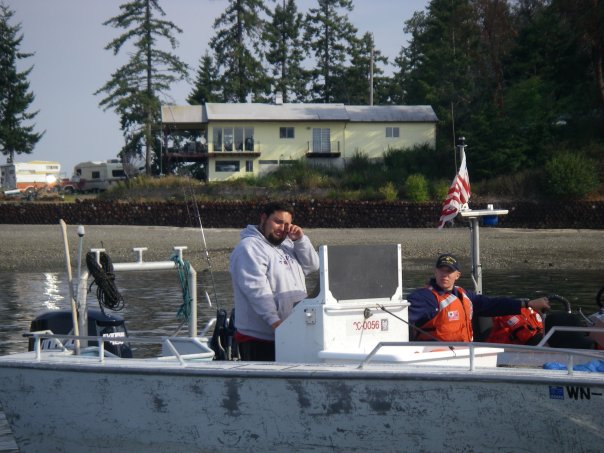 Mr. Kuntz your voyage has been terminated...please return to shore immediately! 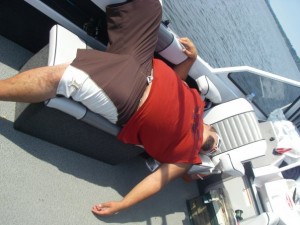 After Daniel's run in with the Coast Guard he was to emotionally spent to fish so he went to sleep on the Grey Ghost as Captain Will's deckhand.

Michael Henderson went home with a nice 12 lbs. Chinook. I have never seen a guy reel in a Chinook as fast as he did. 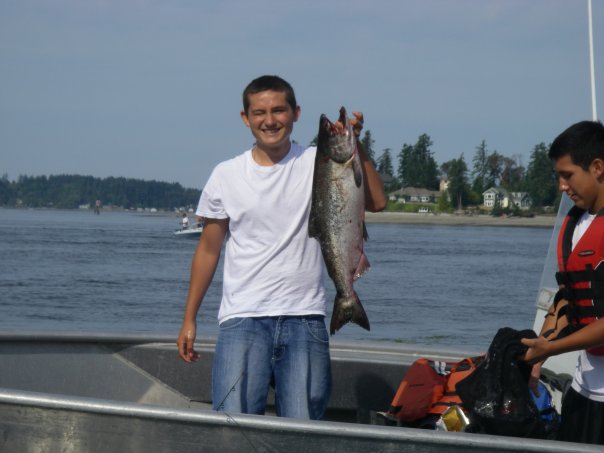 Thanks Michael, Miguel and Jeffery for your hard work this summer.