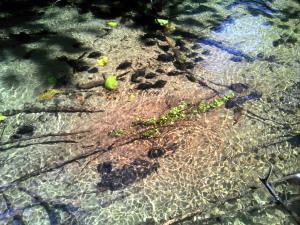 The average individual could walk through a creek without even noticing these small gems. In fact most people are completely unaware of their existence. Freshwater bivalves are a kind of freshwater molluscs. They are bivalves which live in freshwater, as opposed to saltwater. The majority of species of bivalve molluscs live in the sea, but a number of different families live in freshwater. Fresh water mussels can thrive in many different habitats small ditches, lakes, canals, rivers and creeks. While walking Mill creek with our summer youth program employees we found hundreds of fresh water mussels. The species we found is the Western Pearlshell (shown in all pictures). The Xerces Society is dedicated to developing a variety of publications that educate people on how to identify and conserve fresh water mussels, as well as manage their habitat. “The Society uses advocacy, education, and applied research to defend invertebrates”. For more information about fresh water mussels of the pacific northwest visit, http://www.xerces.org/western-freshwater-mussels/. 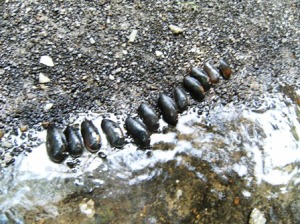 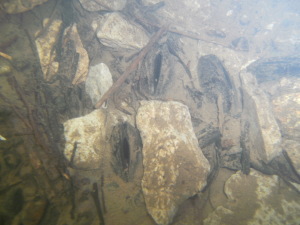 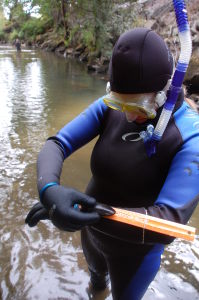 The final presentation of the day is from Katie Campbell and Ashely Ahearn with Earthfix.  They work to get media coverage for all the wonderful work scientists are doing all over the Puget Sound area.   Stressing to remember that when giving an interview that it’s not live, no one is trying to make you sound stupid and everything can be edited.  If you can aim your content toward 6th graders and relate your science to real people it’ll be easier to draw their interest.  Some times the story requires a picture or a video in order for the issue to hit home for the average person who is not in the scientific community.  Remember that scientists have their thumbs on the pulse of what is happening in our ecosystems and weather the information is good or bad it is our duty to share it with the rest of the world. 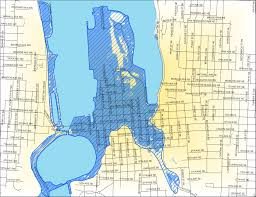 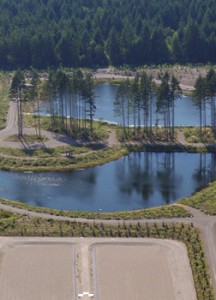 Thursday November 14th, 2013 was the final day of test fishing for South Sound fall chum at Apple Cove Point. They got a bit of a late start after some mechanical problems with the skiff, but eventually managed to get in 5 sets. Catches were low, as might be expected for week 46. They caught 143 chum (plus 2 coho and 3 immature Chinook) in 5 sets, for a catch-per-set of just 29 chum.

Apple Cove Test fishery ISU models ranged from 543K to 637K.  The ISU models using WDFW purse seine catch data are a bit higher than the Test Fishery’s.  They range from 652-720K.  Regional catches for Tribes appeared to decline through out the Puget Sound with the exception of Squaxin Island Tribe. Puyallup reported that there are very few chum returning to the river.  Winter chum  are beginning to show up in the Nisqually. Current catch for Squaxin Island Tribe  as of November 16th is at 67, 071 chum.

Totten Inlet and Skookum Inlet are at escapement.  The last Kennedy Creek stream survey on November 14th resulted in 11,890 live and 1,882 dead.   We are seeing a good number of chum in Eld Inlet as well as in Perry, McLane, and Swift creeks.  Eld is well on its way to escapement.

Watch highlights from her talk below.

We’ll add more as the day goes on.

We’re recording Milly’s talk, but here are some quick notes. Just a reminder, you can watch the live-stream all day at this link: http://www.ustream.tv/channel/southsoundscience

2. In response to a question about possibly cutting operational funding, Judge says that one of the major things we do is outreach to legislators.

3. Do you agree that legislators don’t want to hear science, as opposed to what impacts people in their districts? Yes, unless its a crisis, the lawmakers want to hear good stories. Hire wonks.

The South Sound Science Symposium is being held today at the Squaxin Island Tribe’s event center. You can find the agenda for the day’s events here and live streaming should be available here.