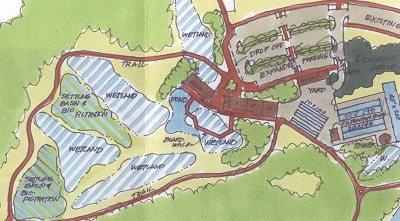 The proposed budget recently released by the state House of Representatives includes $7.3 million towards renovating the current Deschutes River hatchery in Tumwater and creating the Deschutes Watershed Center.

This new facility on the Deschutes River in Tuwater wouldn’t replace the current hatchery at the waterfall park in Tumwater, but would supplement it. The current program on the Deschutes is piecemeal. There isn’t enough room to rear the fish that will eventually be released. To have a successful program, everything from spawning to rearing and release, needs to be in the same place.

By keeping all aspects of the hatchery in one facility, chances of spreading fish diseases decrease and chances of salmon survival increases. Even though the number of fish raised and released won’t increase from around 3.8 million annually, the number of chinook returning every year will due to better survival.

The Deschutes River hatchery by the numbers 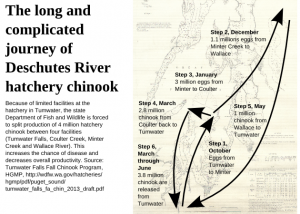