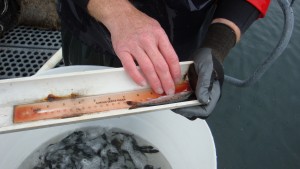 Over the last couple of weeks Squaxin Island Natural Resources have released approximately 1.8 million coho smolt from the Net Pen facility located in Peale Passage.      “Our hope is these coho live a healthy life through out their journey   through the Puget Sound into the ocean and return back as 8 lbs adults for the 2011 Washington Sport and Tribal Fisheries,” said Will Henderson Enhancement Manager for Squaxin NR. 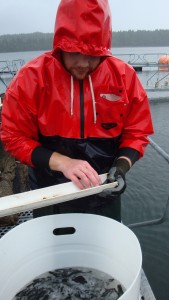 Squaxin Island Tribe and Washington Fish and Wildlife co-manage the Net Pen facility in Peale Passage.   Juvenile coho arrive to the net pens in late January at 30 fish to pound.   Staff feed these coho an EWOS diet feed for four months and then the fish are released.  Coho are released at an average of 13 fish to the pound.    The coho smolt released May 2010 will begin returning to South Puget Sound in September 2011.