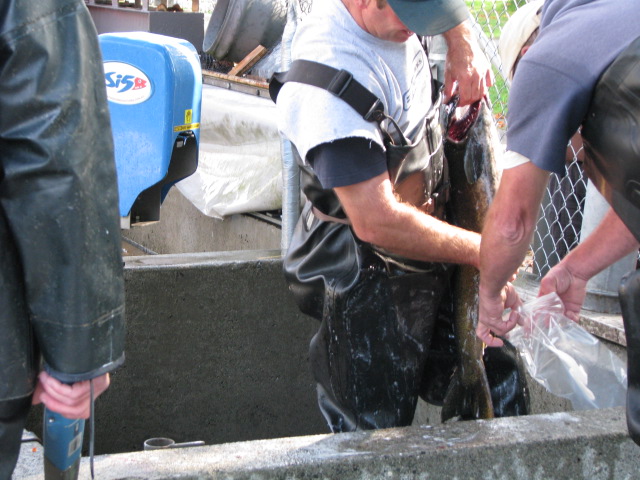 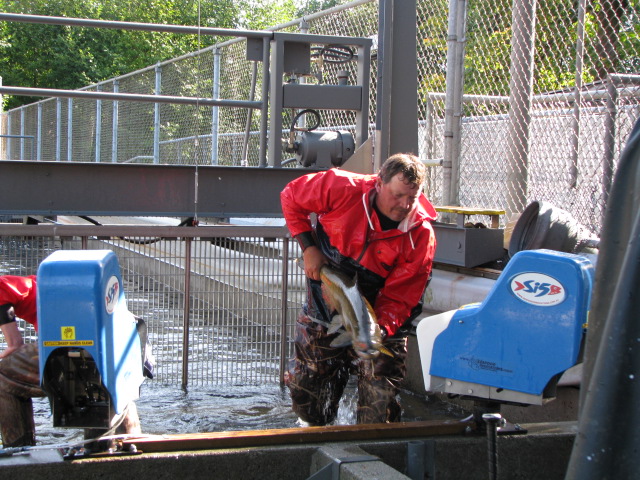 Will Henderson sorting male and female chinook for spawning 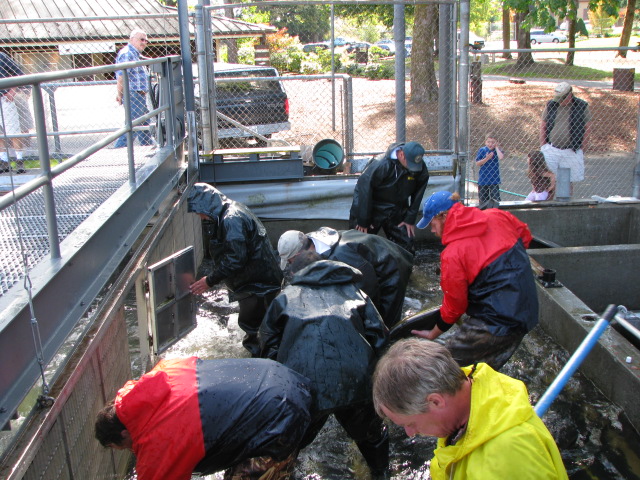 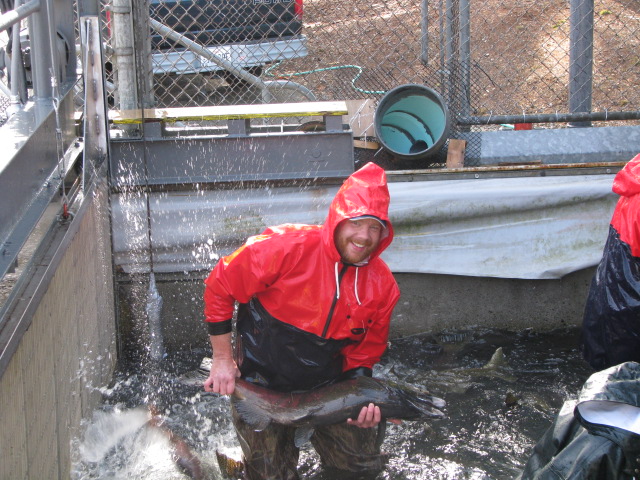 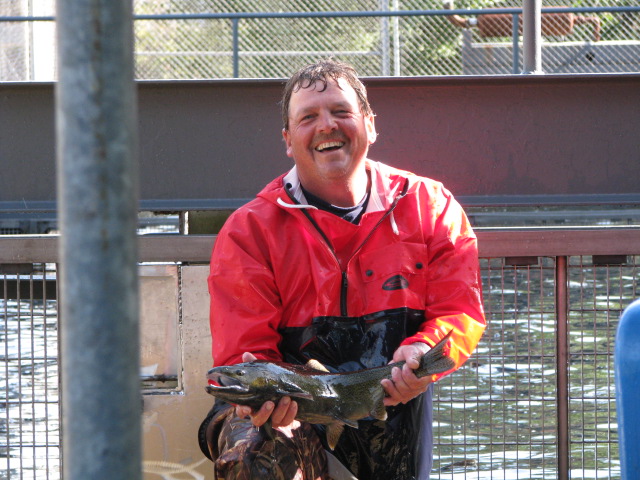 An estimated 500,000 eggs were taken and milt from 100 males to Minter Creek Hatchery for fertilization.   Eventually these fertilized eggs will return to Tumwater Falls Hatchery as Fry.

All spawned fish and surplus fish went to a food bank.

If you have time go check out the spawning of the Chinook Mondays, Wednesdays and Fridays  around 8 am to 11 am at the Tumwater Falls Hatchery for the next couple of weeks. 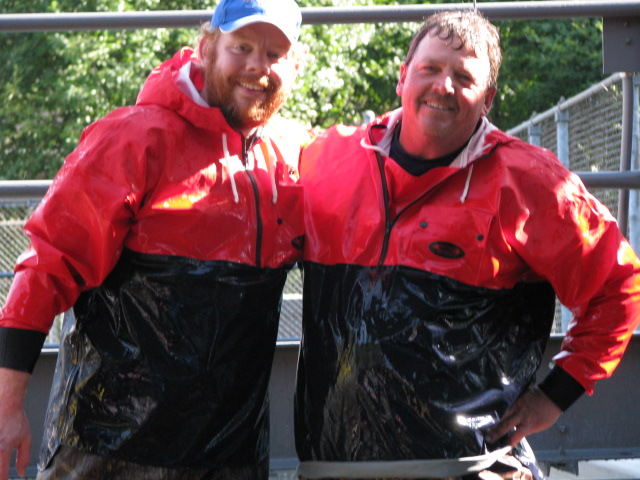 Joe Peters and Will Henderson taking a break from sorting fish