The Squaxin Island Tribe has partnered with the Washington Department of Fish and Wildlife to place coho salmon in Gosnell Creek, a tributary in upper Mill Creek. A total of 10,000 fish were planted in two locations known to have water cool enough for salmon to thrive throughout the summer. 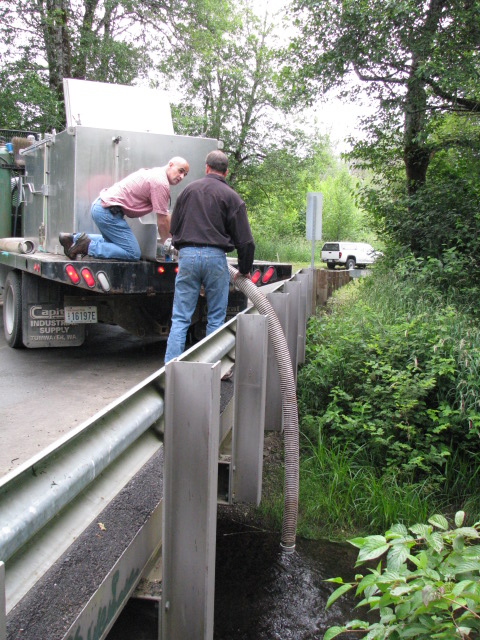 Personnel from the Tribe and WDFW ready the truck for releasing fish.

The Tribe has been conducting habitat surveys, spawning surveys, water quality monitoring, fish trapping and life history modeling to identify survival bottlenecks. This work indicates that in recent years adult salmon have not been migrating to the higher reaches of the system, such as Gosnell, to spawn.

To test the hypothesis that Gosnell is suitable summer rearing habitat, coho provided by Minter Creek hatchery were marked with a fin clip, trucked to Mill Creek and released this past June. Fish that survive the summer will be captured in a smolt trap next spring as they out-migrate to Puget Sound. 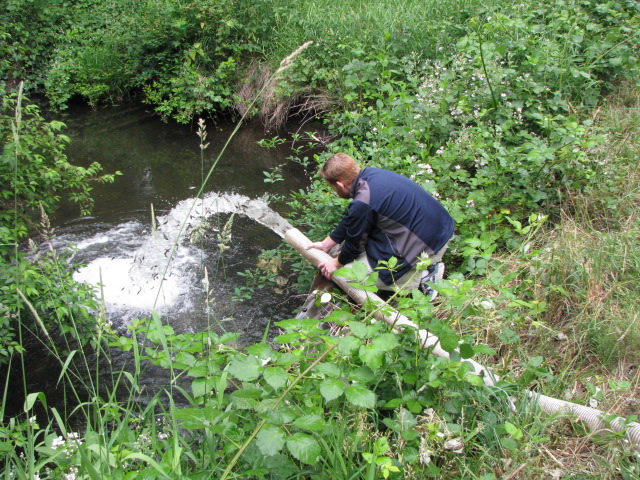 Life history modeling predicts that if the habitat condition are suitable 830 of these planted fish should survive to be captured by the smolt trap. This simple experiment will provide valuable information for inputs to the model as well as indicating the best stocking options to assist depressed salmon runs.